On September 11th we celebrated the 1st ALEGRIA Magazine Bilingual Awards at the amazing bar Ebanos Crossing in Downtown Los Angeles. It was a great event in which we awarded  Latinos who have created great impact through their work and exemplify the ALEGRIA spirit of passionate, philanthropic living and joyful determination to make a difference in the world, inspiring others through their bilingual & multicultural heritage.

After the award ceremony, we enjoyed an amazing party with nice cocktails and  delicious food. These are the winners of the 1st ALEGRIA Awards:

Pilli has made a name for herself as the “go to” host in the bilingual entertainment world. Her curiosity to explore the deeper side of people has earned her the opportunity to interview everyone from Sandra Bullock and Jenni Rivera to Calle 13, Ricky Martin and Gwen Steffani.

She’s also become known as the queen of social media locking deals with major companies. Always immersed in the world of music, this former MTV VJ and host of LATV’s ‘En la Zona’ and ‘En Concierto’ has built a solid and respectable reputation as a music reporter both in the mass market as well as in the fast growing independent music scene.

Pili created and is currently producing and hosting the music show “Té Para Tres con Pili Montilla” where she spends several days with up and coming musicians as they share their struggles and triumphs in search of making their dream come true: for the world to hear their story and spread their music.

Through her interviewing skills and connection with the artist Pili gives her audience an inside, intimate look at the lives of these talented musicians. Directed by two time Emmy Award winning director, Juan Agustín Márquez, this half hour “rockumentary” style show is currently the #1 show in its time slot on Puerto Rico’s #1 channel, WAPA TV and it airs on radio as well giving the artists more exposure and becoming the first TV show in decades to air on radio.

Pili is the entertainment reporter and producer for various outlets including Fusion (ABC/UNIVISION News) and the award winning national shows ‘American Latino’ and ‘Latin Nation’.

In September 2013 he is celebrating his 20th anniversary in this blessed country. As an immigrant, he arrived very young to pursue the famous “American Dream”.

He started as a dishwasher, then waiter and manager at several restaurants. Until He opened SUR Restaurant & Lounge. A sexy and unique place in West Hollywood.

His secret? To live with passion and hard work. Behind every great achievement is a story of discipline and sacrifice.

He says: “You have to be willing to pay the price. Continuity, consistency and ambition are particularly important for success. Everybody likes the thought of being successful, but lot of people do not like the sacrifice and hard work that is usually required to get ahead.”

His new album “Vida” is a true celebration of life. He recorded this album after being diagnosed with cancer in 2011. The record has new versions of 16 of his hits such as Penélope, in which he collaborates with the well-known Mexican band, Maná. In Blanca Mujer he is accompanied by Shakira and in Más y Más he sings next to his long time friend, Ricky Martin.

Draco, who was formerly known as Draco Rosa, is constantly exploring new things and taking risks and that is why he is so successful. He has vast knowledge about different music genres and he always manages to combine his influences with his inspiration to create his own eclectic style. Draco built the bases of what we know today as Latin and bilingual music.

Maria Casas was born in Bogotá, Colombia. At an early age she showed great interest in humanities and music. She obtained her professional degree in Early Childhood from Javeriana University in Bogotá and a Master’s in Education at Trinity University, Washington D.C.

Some of her awards include:

His designs are focused on refined construction and attention to detail. His exquisite construction has allowed the designer to gain global acceptance and recognition. It’s no wonder why this marine trained designer has been described as one of L.A.’s most promising designers. It’s only a matter of time before Uriel Saenz joins the ranks of bigger names.

Uriel has been featured in multiple international magazines like Vogue and Glamour. Uriel’s accolades also include being invited as featured American designer in Asia and awarded “Best Overall Luxury Brand by Modern Lux Magazine, among other recognition for his designs and business accomplishments.

Born on a small island near Puerto Rico, called Manhattan, Rochelle Newman-Carrasco has spent 30 years specializing in US Hispanic Marketing. Over the course of her career, she has worked to ensure deep cultural understanding of the US Hispanic community by Corporate America and the positive portrayal of the Latino image in the highly influential world of advertising.

She has contributed to the development of culturally attuned strategies for some of the nation’s top marketers, including Procter & Gamble, General Foods, Bank of America, Warner Bros, HBO, Macy’s and Jack in the Box to name a few.

In her spare time, Rochelle has also sustained an active creative life as a playwright, solo performer and stand-up comedian.

Ms. Newman-Carrasco has served on the Board of Directors of HOLA, the Hispanic Organization of Latin Actors; AHAA, the Association of Hispanic Advertising Agencies and the Los Angeles Ad Club, just to name a few. Most recently, she was named Chairperson of the Advisory Board for The Center of Hispanic Marketing Communication at Florida State University.

She is a frequent contributor to Advertising Age on the subject of US Hispanic marketing and has been a source for leading trade and consumer publications including the New York Times, Newsweek and The Atlantic.

He is currently managing partner at Alvarado Smith and general counsel for ALEGRIA magazine. This is the only award that is not chosen by the public. This award is given to someone whose work in the bilingual community has paved the ways for many Latinos. This award also recognizes the support and mentorship dedicated to ALEGRIA magazine.

We did a Q & A with Ruben Smith recently and this is what he told us:

ALEGRIA Magazine: You are one of the most prominent Latino lawyers in the United States, How did you get to this point in your career?
Ruben Smith: Through the education I received. I went to the University of Southern California (USC) where I received my degree in Public Policy and I then worked at the White House with President Carter. When I realized that in politics there are no guarantees, I went to get my law degree at Yale. My mother used to say really proudly: “My son is in Jail.” (smiling)

AM: Major Influence?
RS: Other Hispanic colleagues inspired me and took me in as part of their family. When I started working at the White House I was 21 years old. I was working at the office of Hispanic Affairs and was one of the youngest people working there. It was there that I had the opportunity to make great friends, like Hilda Solis, who was like my sister during those years.

AM: Why is it important for you to invest in development projects for our community in Los Angeles?
RS: It is important for me because nowadays, more than ever, Latinos are influential people in the United Sates. The biggest consumers in the country are Latinos as well as being the population with a higher percentage of youth in the country. I believe that if we improve our relationship with our neighbors in Mexico and unite forces with California we can become stronger, more powerful. One of the reasons why we are meeting with the mayors in these cities is to create better relationships for development here in our community. I also belong to a fund that gives scholarships to Latino students who want to go to college. We have been able to raise 3 million dollars for this important fund.

AM: Would you like to see an Immigration Reform happen this year?
RS: Yes, I want that to happen, but the reality is that it won’t happen at a federal level. The only way right now is to focus in ourselves to create changes at a local level, but “ yes” I would like to see that day come… Now, we are working on getting a law passed that would allow Latino workers that have been in the United States since 2008 to get the same rights as any worker in the United States.

AM: Your Law firm, Alvarado Smith, is recognized as one of the biggest and most diverse firms in the country
RS: We are a very diverse team and we have various locations throughout the country. We are also expanding our offices all the way to Mexico.

Here are some of the most memorable moments of the night. 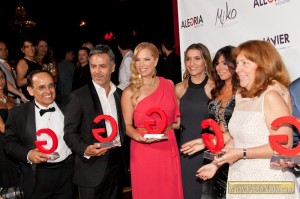 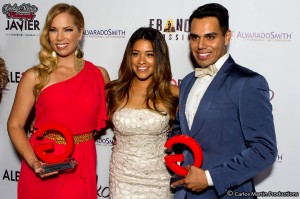 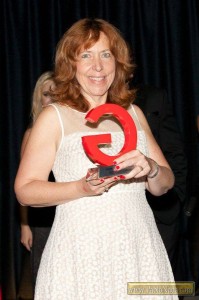 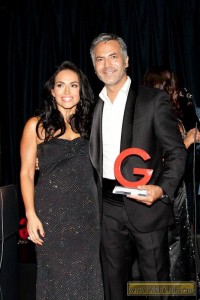 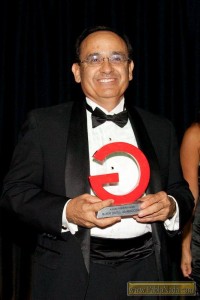 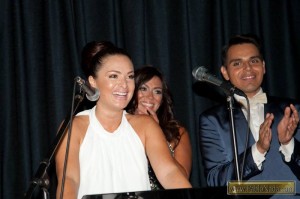 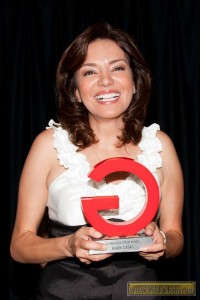 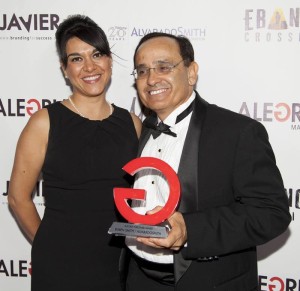 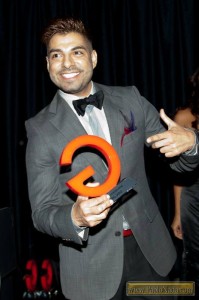 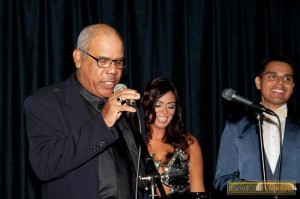 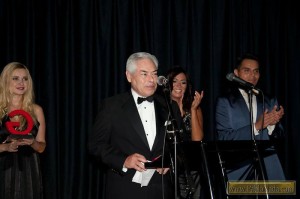 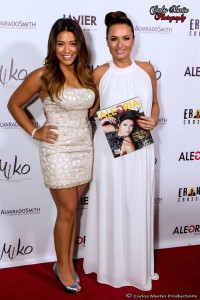 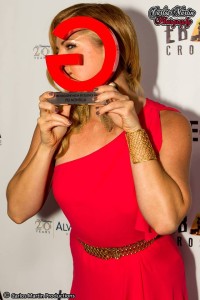 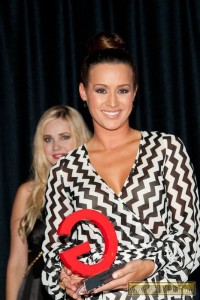 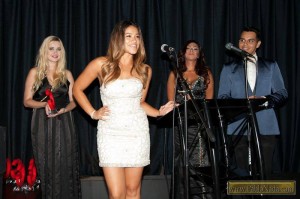 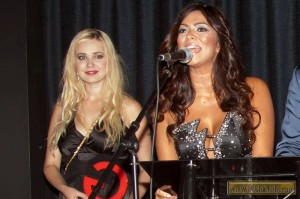