Facebook-f
Instagram
Youtube
Spotify
Josh Groban, John Lennon and Yoko Ono/ The Plastic Ono Band with the Harlem Community Choir, Elvis Presley, Rod Stewart & Wham! appear for the first time on the acclaimed Christmas series. “O Holy Night”, a new recording from superstar Nicole Scherzinger, prodced by David Foster, is availabe on international version.
The A Very Special Christmas® holiday music series, benefitting Special Olympics, will celebrate its 26th holiday season with the release of A VERY SPECIAL CHRISTMAS: ICON onOctober 15 through Universal Music Enterprises. The new edition of the venerable series features 11 tracks of holiday music from some of the world’s biggest stars, some of whom have been a part of the A Very Special Christmas project since its inception, and others who are contributing tracks for the first time.
Track listing: JOHN LENNON AND YOKO ONO / THE PLASTIC ONO BAND WITH THE HARLEM COMMUNITY CHOIR*, “Happy Xmas (War Is Over)”/ ROD STEWART*, “Let it Snow! Let it Snow! Let it Snow!”/ STING, “I Saw Three Ships”/ ARETHA FRANKLIN** “Winter Wonderland”/ JOSH GROBAN*, “ It Came Upon a Midnight Clear”/ JON BON JOVI, “Please Come Home for Christmas”/ TOM PETTY AND THE HEARTBREAKERS, “Christmas All Over Again”/ SHERYL CROW, “Run Rudolph Run”/ ELVIS PRESLEY*, “Blue Christmas”/ CARRIE UNDERWOOD, “Hark! The Herald Angels Sing”/ WHAM!*, “Last Christmas”
(*First time artists / **Aretha Franklin is making her second contribution to the project).
Yoko Ono commented, “’Happy Xmas (War Is Over)’ was our holiday wish for a more peaceful world, so I am happy it’s part of A Very Special Christmas. Special Olympics shows us how a more peaceful world could work, a world in which every person is valued and given the opportunity to live as full a life as possible, with the help and encouragement of a loving community.”
“O Holy Night”, a new song from international recording artist and X Factor judge, NICOLE SCHERZINGER, produced by DAVID FOSTER, will be available on the international version of the album. “I love sharing my passion for music to support a cause as fantastic as Special Olympics and really enjoyed spending time with Special Olympics athlete Greg Silvester, whose generous spirit is contagious,” said Nicole, who added: “Special Olympics athletes, like Greg, are the stars… great messengers of love and peace!  It is their bright light that shines so strong, for which I am grateful.”
Since 1987, the ‘A Very Special Christmas’ album series has changed lives through generating over $116 million in royalties in direct support of Special Olympics programs, thanks to the generosity of top internationally acclaimed recording artists. Over the past 26 years, more than $38 million in grants has been distributed to 159 countries and territories resulting in more than 3 million new athletes participating in and benefitting from Special Olympics year-round sports training and competition programs.
“This album series has been a remarkable gift to our Special Olympics athletes,” said Timothy P. Shriver, Chairman and CEO, Special Olympics. “Thanks to the generosity of countless incredible people across the music industry, the legacy from the ‘A Very Special Christmas’ album series continues to support and sustain our work to bring the joy of sport to people with intellectual disabilities which in turn fosters a global community of acceptance and inclusion.”
Special Olympics changes lives through the power of sport, as the world’s largest organization dedicated to year-round sports training and athletic competition in a variety of Olympic-type sports for people with intellectual disabilities.
Grants from the Christmas Record Trust have enabled Special Olympics to implement programs worldwide, from the United States to Timor Leste, China to Uganda, Cambodia to Haiti and more. In the United States, these funds have also supported Special Olympics programs in urban areas such as New York City, Philadelphia and New Orleans.
Each successive album in the series has honored the quality of its predecessors with timeless recordings of holiday music by some of the most influential and talented artists of their time. U2, Bruce Springsteen & the E Street Band, Madonna, Sting, Bon Jovi, Reba McEntire, Alan Jackson, Wyclef Jean, Sheryl Crow, Mary J. Blige, No Doubt, Eric Clapton, Tom Petty and the Heartbreakers, Vanessa Williams and Bryan Adams are among the stars who contributed tracks to previous albums and whose songs for ‘A Very Special Christmas’ have become perennial favorites on the radio and at holiday celebrations over the years. Learn more about ‘A Very Special Christmas’ atwww.averyspecialchristmas.org 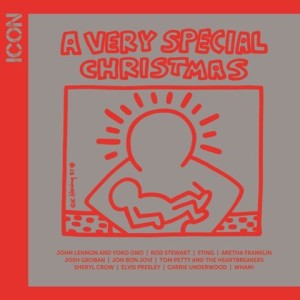