BEVERLY HILLS, CA – The Academy of Motion Picture Arts and Sciences is continuing its sponsorship of the Telluride Film Festival with a series of special events including an exhibition highlighting the history of the festival at the Historic Sheridan Opera House.  Telluride, which celebrates its 40th anniversary this year, runs August 29 through September 2. “The Telluride Film Festival is a showcase for great films and filmmakers, and over its 40 years has figured prominently in the careers of many Academy members,” said Dawn Hudson, Academy CEO.  “We are excited to celebrate this milestone by preserving the Festival’s history and its far-reaching cultural influence.”
Telluride Film Festival recently donated all media and ephemera related to the Festival to the Academy for preservation and to avail future generations of its important place in film history. “The Academy Celebrates the Show” is an installation featuring photographs, documents, video footage and other treasures from the Academy’s newly acquired Telluride Film Festival Special Collection.  A companion exhibit, “Alternate Telluride,” at the Backlot, will showcase a selection of letters from notable filmmakers who – for one reason or another – could not attend, making for a fascinating glimpse into Tellurides that might have been.
The Academy, which has been supporting the Festival for eleven years, is sponsoring the Festival’s signature Noon Seminars series and will also present the following special programs from its collections:
“Telluride Film Festival has chosen the Academy as the guardian of its treasured collection so that these important media assets can serve future generations, education and research,” commented festival executive director, Julie Huntsinger.  “This special exhibition that AMPAS has curated is a wonderful glimpse into the Festival’s past 40 years. We are proud of our long-standing relationship and thank them for their enthusiasm in celebrating this exceptional year and for their generous and continued support.”
ABOUT THE ACADEMY
The Academy of Motion Picture Arts and Sciences is the world’s preeminent movie-related organization, with a membership of more than 6,000 of the most accomplished men and women working in cinema. In addition to the annual Academy Awards—in which the members vote to select the nominees and winners­—the Academy presents a diverse year-round slate of public programs, exhibitions and events; provides financial support to a wide range of other movie-related organizations and endeavors; acts as a neutral advocate in the advancement of motion picture technology; and, through its Margaret Herrick Library and Academy Film Archive, collects, preserves, restores and provides access to movies and items related to their history. Through these and other activities the Academy serves students, historians, the entertainment industry and people everywhere who love movies. 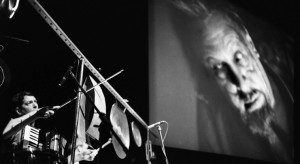 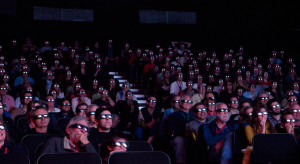 JUANES Is The First Latin Artist To Sell...

Some of our favorite Latinos stopped to say...