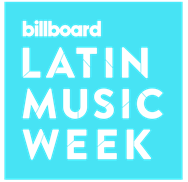 Billboard’s 29th Annual Latin Music Week from the 22nd to the 25th in Vegas features Q&A sessions and panels, including its signature “Star Q&As” as well as panels focused on streaming, videos, both mainstream and Latin collaborations and more. With Lele Pons, Rudy Mancuso, Wisin & Yandel, Anuel AA, The Rivera Family, Juan Luis Guerra and more.

Billboard is the world’s largest voice in music, built on the most complete and well-respected database of charts across all music genres. The Billboard charts define success in music. From the iconic Billboard magazine to Billboard.com, the ultimate consumer-facing destination for millions of passionate music fans, to the industry’s most elite conference series and influencer events including the Power 100 and Women in Music – the Billboard brand has unmatched authority among fans, artists and the industry alike.