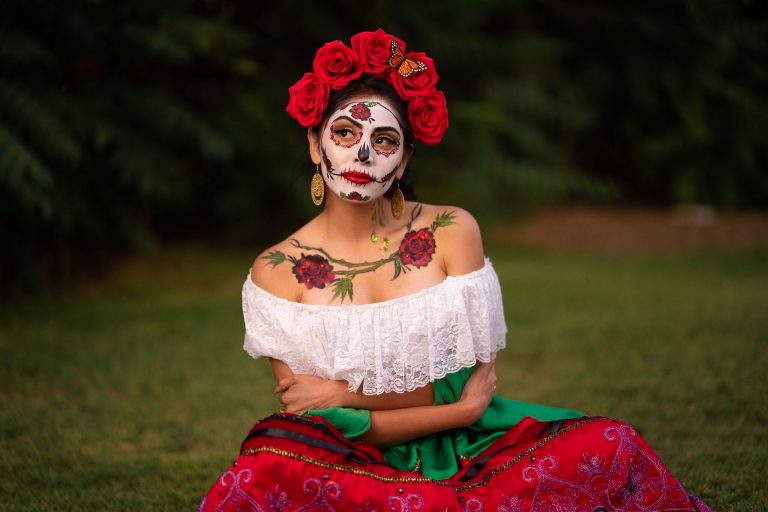 For many, the day after Halloween is a national day of clean up after festivities of the night before. For Christians, it’s also All Saints Day, and for a large population of Mexicans and Mexican Americans, it’s Día De Los Muertos, a celebratory holiday to commemorate loved ones who have passed. For me, up until not too long ago, the first of November was just simply my birthday.

Although my family has roots in Guadalajara, Jalisco, a region in western Mexico steeped in culture that attracts visitors from around the world during the annual Día De Los Muertos season, my family never participated or even passed on the meaning of its traditions to my sister and me. Despite depictions of tight-knit Latinx families on popular Netflix shows like “Gentefied” and “One Day at a Time,” the concept of familismo, or family closeness, is not as common as it may seem, especially among families with mixed immigration statuses like mine.

According to an article exploring closeness among Mexican families published in the US National Library of Medicine National Institutes of Health, when parents and children share the same immigration status (Both Mexico-born or both US-born), a stronger familial bond is expected, which often includes the exchange of generational values and traditions. In contrast, “associations may be weaker in mixed-status dyads.”

My father and mother both emigrated from Mexico in the 1980’s and earned their American citizenship over a years-long process. My older sister and I on the other hand, are natural born citizens. The lack of closeness that resulted within my family led to a conflicted sense of identity as a bilingual Latina growing up in the predominantly Latino city of Whittier, Calif. As an adult, it led me to seek a deeper connection to my Mexican heritage.

In the fall of 2018 while earning a master’s degree in journalism, I produced a video story covering the meaning of the Día De los Muertos holiday and the widespread appropriation of its imagery, including the iconic Mexican sugar skull. Then weeks later for my birthday, I traveled to visit my grandparents in their hometown of Zapotlanejo, or “Zapo,” known for its trendy fashion boutiques and delicious birria, or goat and beef stew. While walking around the neighborhood, I came across volunteers preparing giant Catrina, Catrin and Pan De Muerto structures for exhibition in the town square by the church where many of my aunts and uncles were married.

As I entered the building beside them, which turned out to be Zapo’s local ministry of culture, I saw even more volunteers of varied ages folding paper cempasuchiles, or marigolds, to be added as final touches to another exhibit. Curious and fascinated, I began asking questions and made my way to city councilman and main event coordinator, Ernesto Navarro Salcedo. The more I spoke with him about the city and its event, the more I felt like I was getting to know pieces of myself I didn’t realize existed. He told me about the town’s history with clothing manufacturing which helped me uncover the great mystery behind why my grandmother and mother are both such talented seamstresses. He also shared about the area’s tremendous cultural pride and that it is the current Guinness World Record-holder for the tallest Calavera Catrina.

I couldn’t believe it. My own family’s hometown, world record holders in the Día De Los Muertos category when for years my relatives never shared a single detail about the holiday or its poignant significance. Since then, a new appreciation for Mexican culture and its traditions began to develop and with it a greater understanding of the harm cultural appropriation.

In the summer of 2020, a brand called La Chingona Cannabis reached out to me on my cannabis-friendly Instagram account. Translated from Spanish, the word chingona means “a badass woman,” and it is generally a term used by Latinxs for female empowerment. As I scrolled their Instagram feed, I caught a glimpse of a community I found to be intimately familiar. It was clear who their target consumer was – me.

The brand’s logo featured a female wearing the unmistakable Mexican sugar skull face paint and a flower in her hair. My interest peaked, but so did my suspicions. Their website claimed the brand was owned by three Latinas from Guadalajara, Jalisco, but I later uncovered the brand was owned by mostly non-Latinx men. They attempted to hire me and even offered me a part of the company to say I was brand’s Latina owner. In the end, I refused and instead launched boycott of their products alongside my friend and colleague in the cannabis industry, Savina Monet.

I felt a calling to La Chingona Cannabis; initially it was to celebrate its existence, but ultimately, it was to dismantle it. Now, the first of November carries a much deeper meaning for me. I acknowledge and respect the traditions practiced by my ancestors more than ever and I am immensely proud to pass them on to my future children. 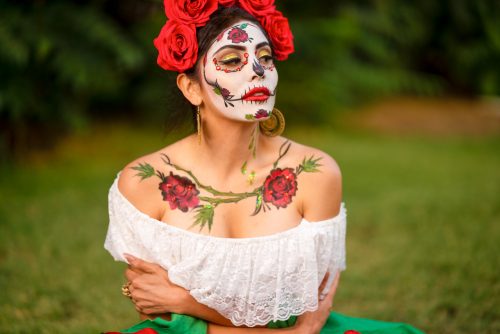 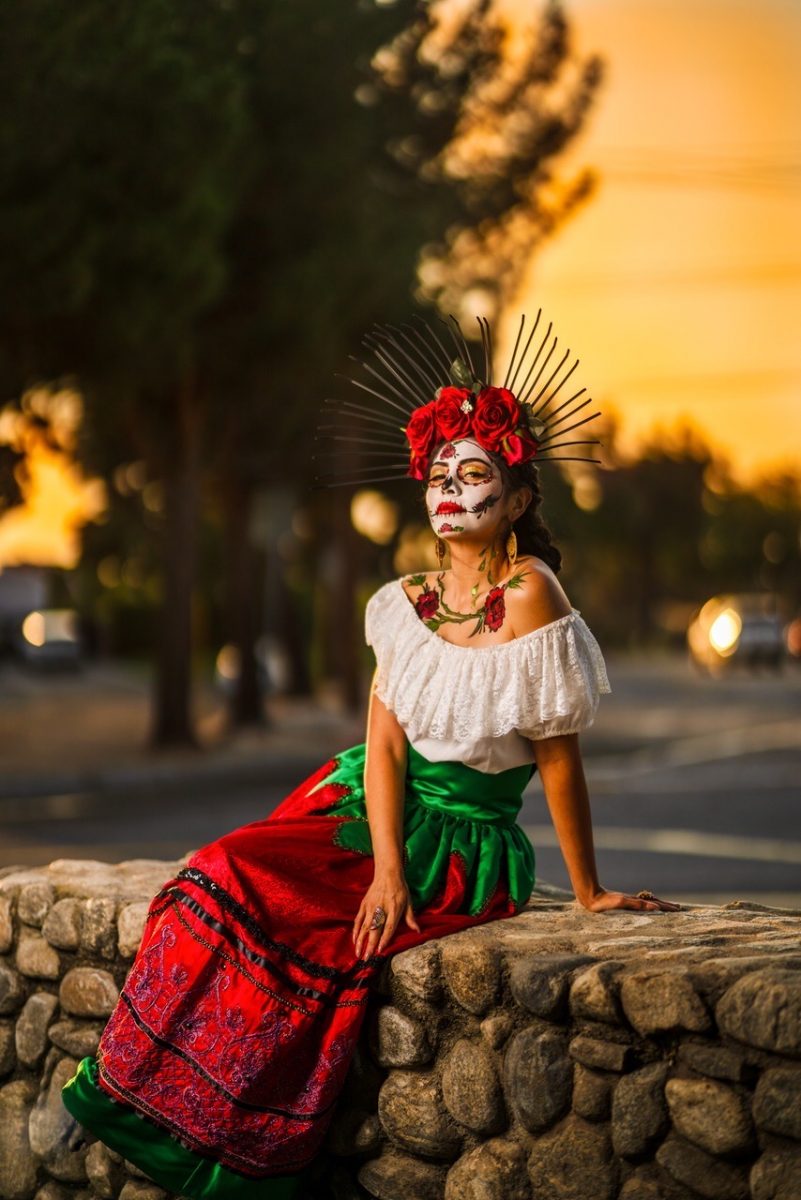 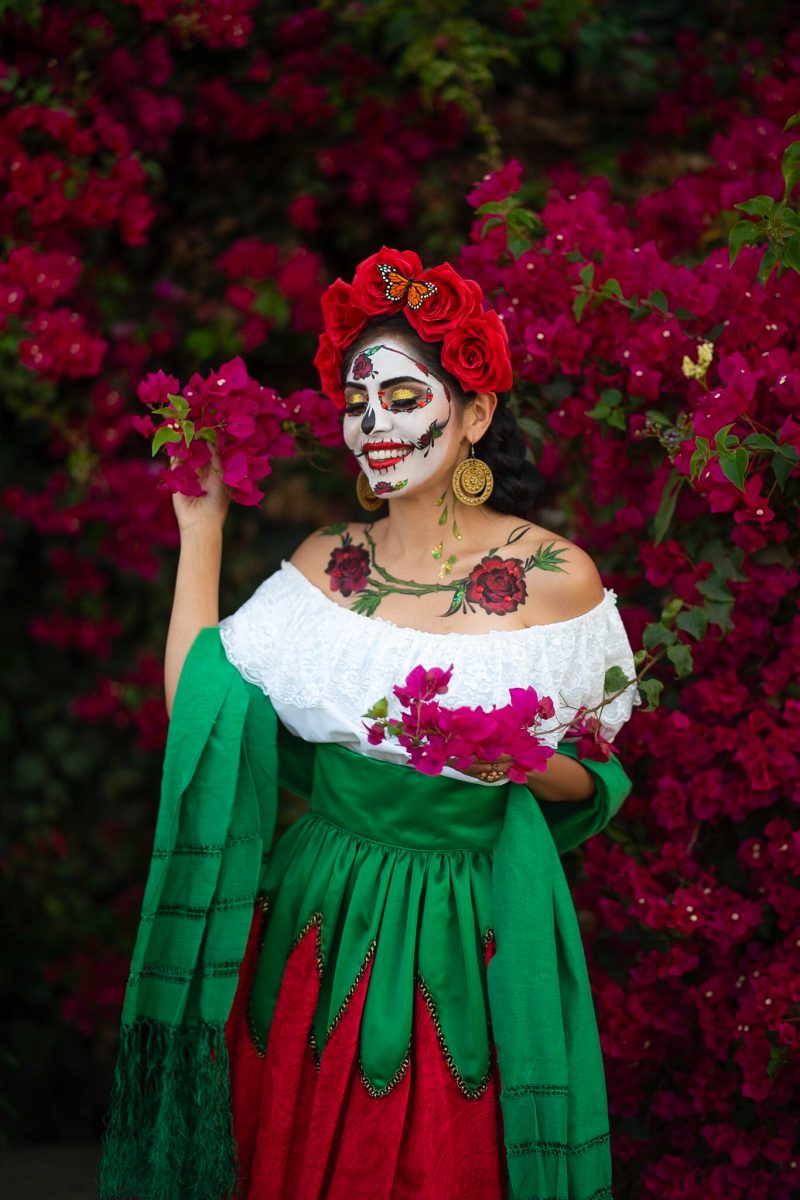