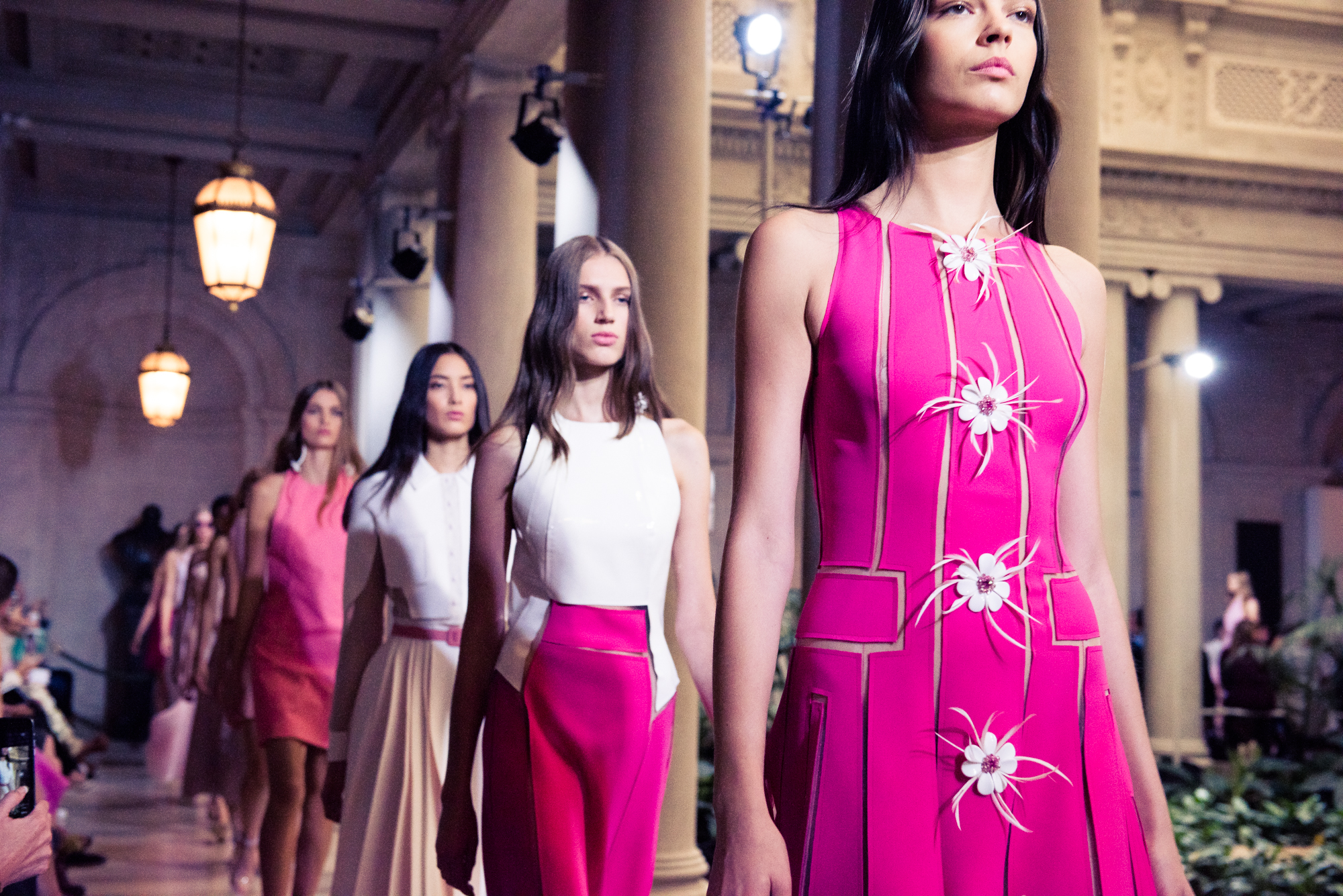 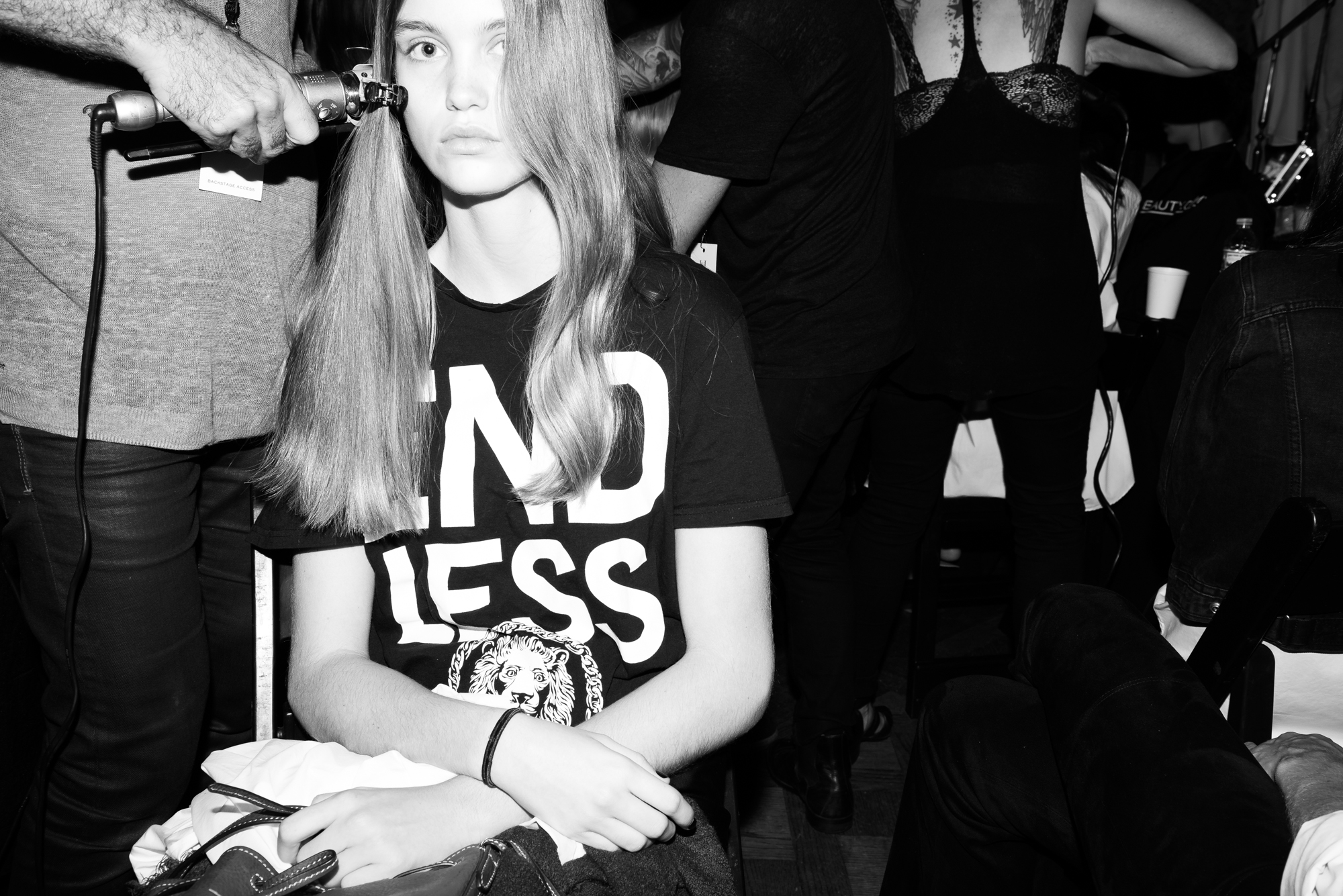 The Frick Collection has never opened its doors for a fashion show. Over the years, many designers have asked, but the answer was always no. This season Carolina Herrera heard yes. The skylit atrium is a transporting place; its Beaux Arts grandeur might have tempted Herrera to look back in time for inspiration, but she’s a resolutely modern-minded designer. She has been quick to embrace high-tech materials and figure out ways to incorporate them into her tony, uptown aesthetic. This season, more than ever, she put them to work.

On a preshow tour through her backstage dressing area, the buzzword was pleats, but not old-fashioned pleats. Herrera’s are trompe l’oeil, narrow bands of tech fabric stitched onto transparent mesh of different densities. Sometimes the tulle disappeared on the skin—and sheer paneling has never looked more decorous or discreet. On other pieces, it was thicker, almost like athletic mesh, creating a sporty mien. The second talking point was pink. “I’m in my rose period,” Herrera said. From a flirty day dress (real pleats, not trompe l’oeil) in a delicate shade of blush to an embroidered shift in raspberry suede, there was no shortage of the shade, and it did a good job of warming up the somewhat clinical feel of the synthetic materials. For those not predisposed to pink, there were a few other frocks in black and white and a nice-looking, vaguely New Look suit in midnight blue flocked velvet. Herrera was eager to avoid prints because she’s done them so often in the past. Like we said, resolutely modern-minded. Still, that rose-print slip dress was awfully pretty.