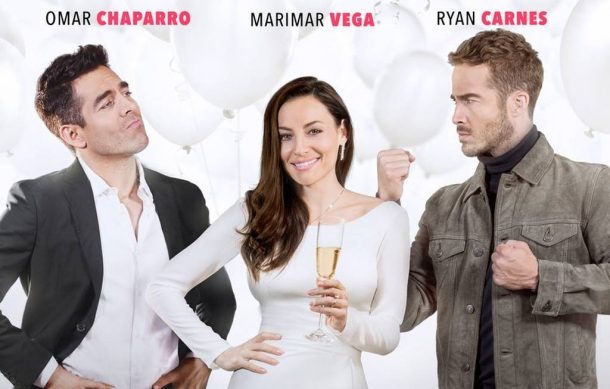 Are you stuck as to how you should celebrate St. Valentine’s Day? Whether you have plans with be with your sweetheart or make it a night out with friends, you and your loved ones are cordially invited to see the new film, “La Boda de Valentina”.

Fan-favorite actress, Marimar Vega, plays the titular role in this fun romantic-comedy, which follows the lovely Valentina as she travels from the United States to Mexico, during which she also tries to figure out who is the love of her life. Recently engaged to her handsome all-American boyfriend, Jason, played by Ryan Carnes, Valentina returns to Mexico to share the good news with her family, a powerful, but politically corrupt group of wacky characters. To improve their public image and despite her protestations, Valentina gets roped into a scheme in which she has to pretend to be in love with a former boyfriend, Angel (Omar Chapparo). When her fiancée and future mother-in-law arrive in Mexico to begin wedding plans, it’s a clash of cultures, values and family traditions that results in a hilarious mess that Valentina has to fix.

“ It’s my first time doing a film in another language; it was a challenge but it I loved the script,” Marimar said of the film. She also says that the director, Marco Polo Constandse, who is also a friend of hers who has a great sense of humor, enticed her with the opportunity to do something, “…funny, different and refreshing.”

Stay tuned for our interview inside our Spring edition #LabodadeValentina by Clare Miranda.

Model Spotlight: Daria Dali believes in the power of beauty to bring awareness to charitable causes.

NICKY JAM AND STEVE AOKI TEAM UP FOR...