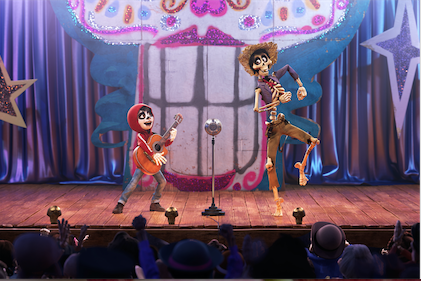 A first-of-its-kind national organization, the GRAMMY Music Education Coalition (GMEC) was announced today, formed with the goal of increasing the number of youth actively participating in music making in U.S. public schools. This nonprofit collective consisting of more than 30 of the nation’s most forward-thinking music education organizations, including the National Association for Music Education (NAfME), the NAMM Foundation (National Association of Music Merchants), VH1 Save The Music Foundation, and Lang Lang Foundation International Music Foundation, among others, is collaborating with communities for systems change through youth-centered music education that supports teachers and fosters opportunity for students to create, play and perform music together.

“The GRAMMY Music Education Coalition has one mission – to increase the number of students actively making music across the country with particular emphasis on underserved communities,” said Recording Academy President/CEO Neil Portnow. “The partnerships we are creating with school districts, teachers, parents and youth are designed to drive systemic change across geographies and communities nationwide.”

The first proposed beneficiaries of the program in Metropolitan Nashville Public Schools Music Makes Us, (Nashville, Tenn.), New York City Department of Education (New York, NY) and The School District of Philadelphia (Philadelphia, Penn.), will receive customized funding and strategic services based on school system needs assessments that will result in millions of new music makers and creators. The investments aim to provide program enhancements that drive active music making among students in public schools and allow for ongoing progress benchmarking and communication.

The GMEC model is one of transitional philanthropy, designed to work with participating school districts to lay the groundwork and implement robust music programs that will be independently sustainable. To date, more than $2,500,000 has been raised thanks to The Walker Family Foundation, ELMA Philanthropies and the GMEC board. The GMEC plans to expand its partnerships to include artists, additional school districts, corporations, non-profit organizations and foundations.

“We know that the benefits of music education extend far beyond the classroom,” said Dr. Lee Whitmore, Executive Director of the GMEC. “By increasing the number of students actively making music, we are fostering the development of essential cognitive and social skills that better prepare them for success as well as beginning a lifelong appreciation of music.”

As a first step in offering music content on a national scale, GMEC has teamed up with Disney•Pixar’s “Coco” to bring best-in-class music from the film and learning content to teachers and youth. In theaters Nov. 22, “Coco” tells the story of 12-year-old Miguel, a self-taught guitarist who dreams of becoming a great musician. With support from The Walt Disney Studios and inspired by the film’s themes, GMEC is working with Berklee College of Music to provide new educational materials within Berklee PULSE, an online music education resource for students and educators.

“‘Coco’ is rooted in music,” said Adrian Molina, co-director, screenwriter and a songwriter for the film. “The film features traditional Mexican music and original songs—‘Remember Me’ [written by Academy Award®-winning songwriters Kristen Anderson-Lopez and Robert Lopez] and ‘Un Poco Loco’ [written by Molina and Germaine Franco] will be featured in the program, along with Mexican folk songs. We believe in GMEC and its mission and are honored to work with this organization.”

To inspire students to follow their musical dreams, Disney•Pixar’s “Coco” team will donate 300 Cordoba guitars to GMEC partners and Guitar Center, the world’s largest retailer of musical instruments and various musician-based in-house services, including Lessons, will donate an additional 300 Cordoba guitars with all 600 slated for delivery before the end of the year.

For more information on the GMEC or to join the movement, please visit https://grammymusiced.org/coco/

About the GRAMMY Music Education Coalition

The GRAMMY Music Education Coalition (GMEC) is a first-of-its-kind nonprofit 501(c)(3) collective of more than 30 of the most forward-thinking music education organizations. We are leading systemic change at the elementary and secondary public-school levels by working with districts to provide needs-based grants, increase the number of students actively engaged in music instruction and music making, and build skills that benefit children academically, emotionally and socially. For more information on the GMEC and its education initiatives, visit www.grammymusiced.org.

Despite his family’s baffling generations-old ban on music, Miguel (voice of Anthony Gonzalez) dreams of becoming an accomplished musician like his idol, Ernesto de la Cruz (voice of Benjamin Bratt). Desperate to prove his talent, Miguel finds himself in the stunning and colorful Land of the Dead following a mysterious chain of events. Along the way, he meets charming trickster Héctor (voice of Gael García Bernal), and together, they set off on an extraordinary journey to unlock the real story behind Miguel’s family history.