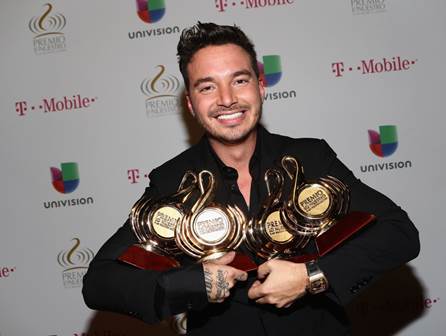 Solidifying His Standing As Both The Most Significant New Latin Artist Over The Last Year, And Now The Leading Voice Of Urban Latin Music, The Rising Colombian Superstar Sweeps ALL FOUR Urban Awards:

Urban Collaboration of the Year – “6AM” – J Balvin with Farruko

“J Balvin, is a 12-time finalist in 11 categories …the biggest breakout act Latin music has seen in many years.  He’s the go-to Spanish voice on remixes of hits from Ariana Grande [and more]. His two most recent hits ‘6 AM’ and ‘Ay Vamos’ have the sort of sinuous, insistent hooks (and mega-million YouTube views) that would make them the envy of any ambitious R&B or Pop performer” – Billboard

J Balvin’s Most Recent Smash Single “Ay Vamos” Spent 16 Weeks As The #1 Urban-Latin Song In The Country.  The Video Already Has Over 230+ Million Views,

Do the Arts Make Us Better People?

CHECK OUT THE VIDEO PREMIERE OF SANTANA’S “SAIDEIRA”