JUANES Confirmed To Perform On The 57th Annual GRAMMY Awards® 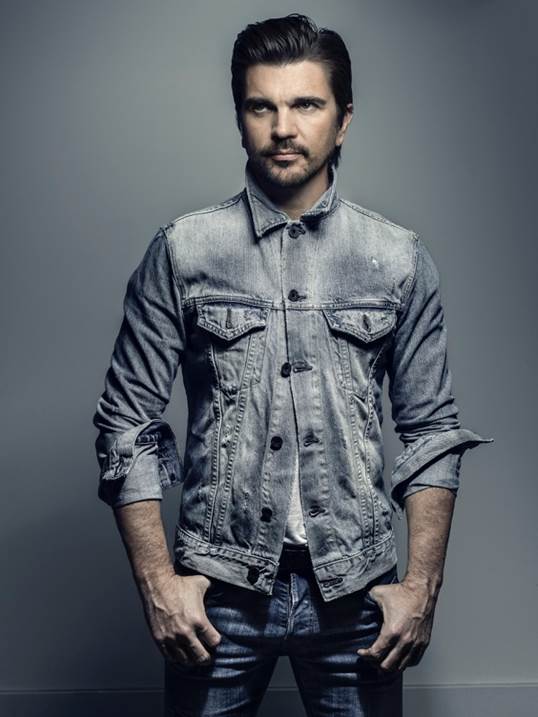 The Colombian Superstar Will Give The First Spanish-Language /

, we are thrilled that current nominee Juanes has been added to the exciting lineup of artists performing at the 57th Annual GRAMMY Awards,” –Neil Portnow, President/CEO of The Recording Academy.

“Juanes to Sing at the Grammys Awards, in Spanish:Latin rock star Juanes will be singing again at the Grammy Awards, but this time it will be a song of his own, in Spanish

.The Colombian singer-songwriter, who in 2013 sang an English-Spanish version of Elton John’s “Your Song,” says appearing on the telecast again on Sunday is like a dream come true.‘I’m very excited. I can’t believe this is going to happen. You know, I’ve been waiting for this moment for many years and we are very excited now that it’s about to come, to happen,” Juanes told The Associated Press on Monday in an interview at his recording studio in Miami, where he lives. ‘We are going to perform a new song called ‘Juntos,’ or ‘Together,’ the song that we made for the Disney movie

‘McFarland, USA,'” he added… It may be the biggest Latin moment at the Grammys since Jennifer Lopez and Marc Anthony sang “Escapémonos” exactly 10 years ago.” – Associated Press (on ABC News)

“Colombian rocker Juanes returns to Hot Latin Songs with his 26th hit, as ‘Juntos (Together)’ is the top debut… The song was recorded for Disney’s new film McFarland, USA (out Feb. 20) and is accompanied by a music video shot by the movie’s director, Niki Caro. …the track enters Latin Digital Songs at No. 3 … and ‘Juntos’ takes Greatest Gainer honors on Latin Airplay” – Billboard, 1/29/15

Adding To Juanes’ Big Week of News, CBS And Victoria Secret Have Recently Announced That The Latin Superstar Will Also Join Fellow Grammy Winners Maroon 5 As The Featured Performers On The February 26th Primetime Broadcast of