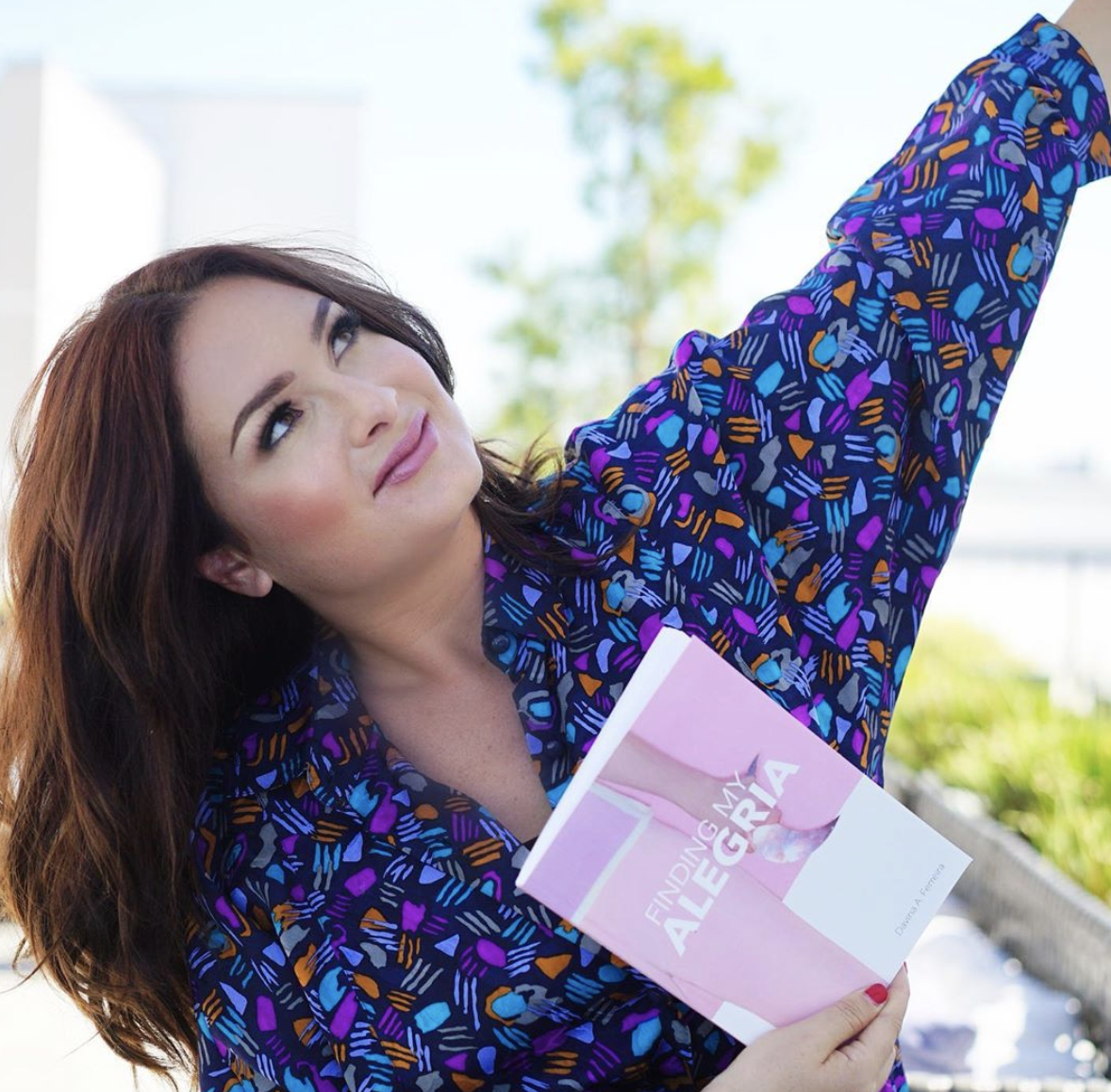 Davina Ferreira is a poet, speaker and entrepreneur, founder of Alegría Bilingual Media & Publishing, a digital and multimedia company that connects the world with LatinX content via creative writing & storytelling.

Ferreira was born in Miami but grew up in Colombia. She is the quintessential symbol of the immigrant’s American Dream. Upon arriving in the U.S. Ferreira attended college, receiving a B.A. in Fine Arts from UC Irvine and worked as an actress at with the Bilingual Foundation of the Arts. Later on, she attended The Royal Academy of Dramatic Art in London (RADA) to pursue classical acting.

Ferreira then completed a Journalism Certificate at UCLA Extension and began a career in journalism, which led her to launch ALEGRÍA Magazine. She then wrote her first book, Take Me With You/Llévame Contigo, a bilingual compilation of short stories and poems of love. Years later, she wrote Finding My ALEGRIA,an inspirational memoir, which she hopes will motivate young entrepreneurs around the world to pursue their dreams regardless of their circumstances. 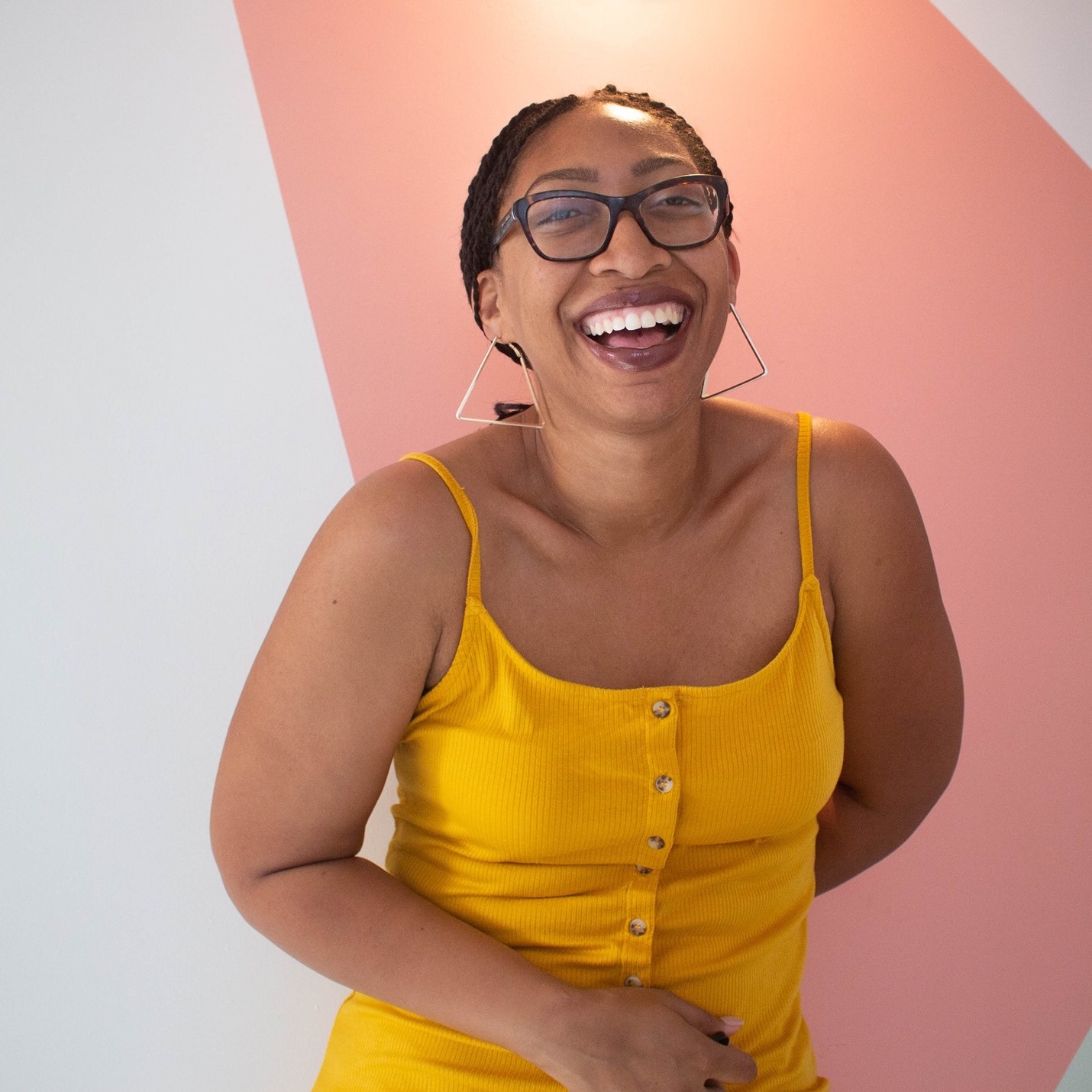 Camari Carter-Hawkins is the author of Death by Comb, a stellar body of poetry that seeks to normalize natural hair and find solid ground in an ever-changing world and Write Back to You, a guided journal for writing yourself back into your life. Camari leads journaling workshops all across Los Angeles and beyond. Her poetic works can also be found in Rise: An Anthology of Power and Unity by Vagabond Press and The Best of The Poetry Salon 2013-2018 Anthology. Camari is the 2018 Spoken Word, Voices Heard Women’s Amateur Slam Winner and performs her works nationally. Camari is affectionately known as “Book Doula” because she loves to help writers develop and publish their books. She is the founder of Mama’s Kitchen Press, an anthology press that seeks to publish moments and stories we’ve shared in our mama’s kitchen.

Camari lives in Los Angeles with her husband, dozens of his guitars, and hundreds of her books. 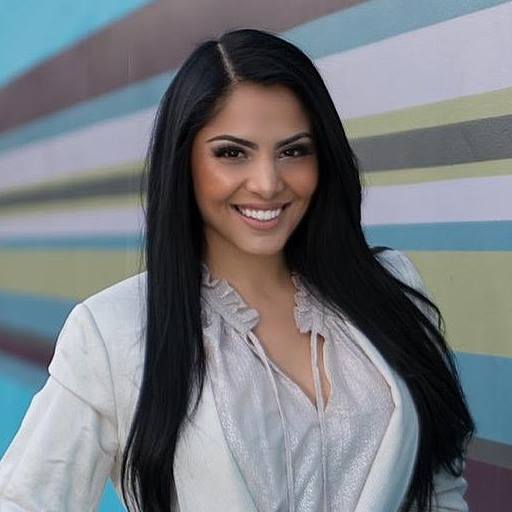 Susie Plascencia is a writer, entrepreneur and avid traveler. Born and raised in Los Angeles, her passion for creative storytelling has fueled her professional career and she pursues stories that reflect the vibrancy of Latinx culture and highlight inspiring people from diverse backgrounds and industries. Follow her on social media at @SusiePlascencia. 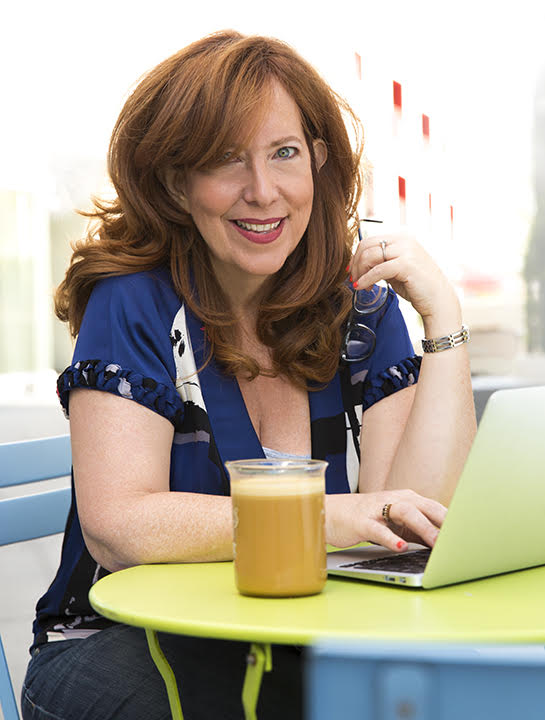 Rochelle Newman-Carrasco’s career has been a blend of strategy work and storytelling. Not only is she an acclaimed writer for stage, page, and screen, but she is also an actress, stand-up, spoken word artist and solo performer. Over the course of three-plus decades, Newman-Carrasco has played a pioneering role in the evolution of US Latino Marketing. As a team member at Walton Isaacson, a leader in cultural-insights and innovation, she has been involved with Latinx marketing initiatives for major agency clients, including Lexus and Unilever brands.She has also contributed to the development of strategies and marketing programs for some of the nation’s top brands, including Procter & Gamble, Warner Bros, and Bank of America to name a few.  She holds an MFA from Antioch University in Culver City, with an emphasis in Creative Non-Fiction and Literary Translation, and a BFA in Theater from UC Irvine. Her first book, ZigZag, a bilingual children’s book co-authored with Alonso Nuñez and illustrated by Pablo Zweig was recently published by CIDCLI in Mexico. 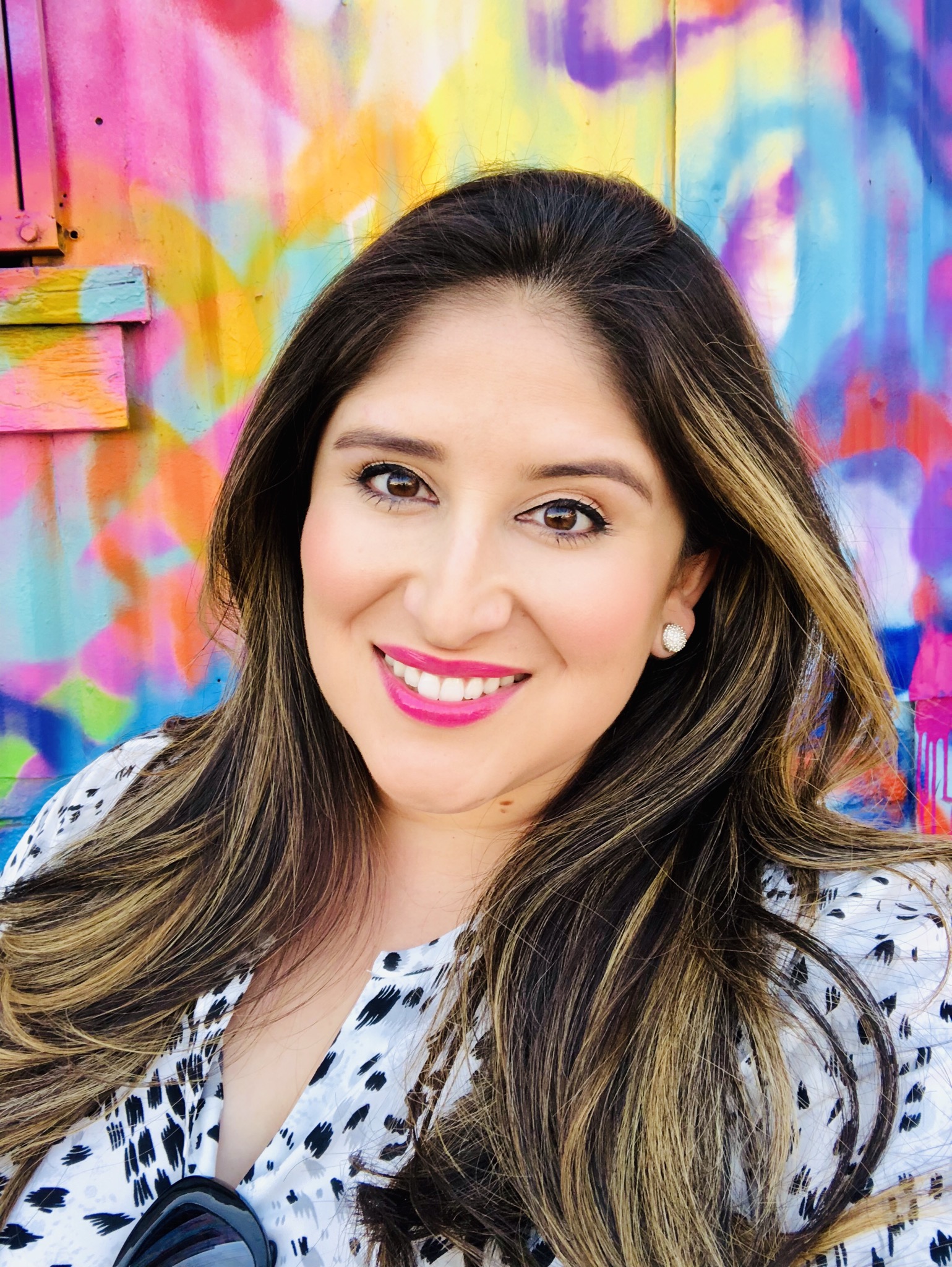 Clare is a Los Angeles native. Of Mexican-American heritage, Clare spent years singing and acting in theatrical productions. After studying in Italy and traveling throughout Europe, she completed her B.A. in Speech Communication and went to work in the bridal fashion industry and ran a trendy boutique. In addition to writing articles for ALEGRIA Magazine, she has also had a poem included in the anthology, the Latinx Poetry Project. She is grateful for the opportunity to nurture her love for writing. When not traveling, or planning her next adventure, she enjoys painting, dancing, volunteering, and supporting various philanthropic causes. What gives her the most ALEGRIA in life, however, is spending time with her beloved family, friends, and Kuma, her dutch shepherd puppy. 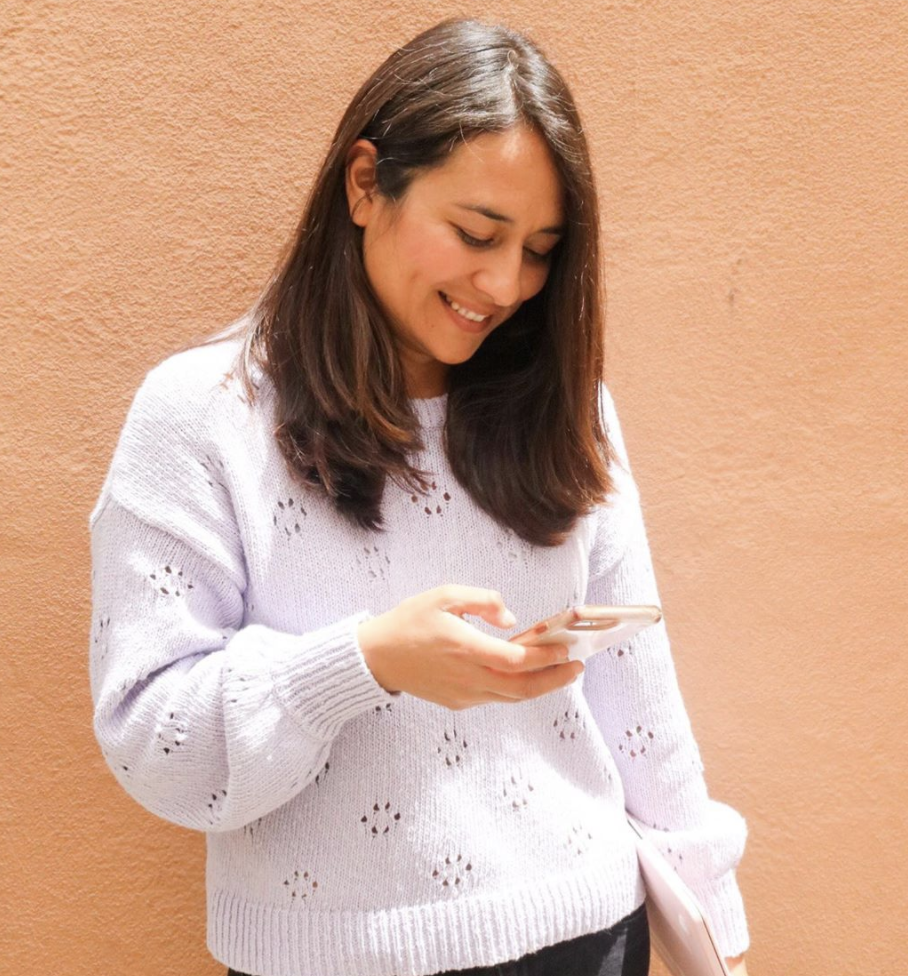 Diane Castañeda is the founder of Sirenas Creative, a digital marketing and design studio. Diane has worked in the eco-communications field for over 8 years, working in local, state, and national bilingual conservation campaigns. She was born in San Diego, CA, where she currently lives, but raised in Tijuana, Baja California, and loves working with women on both sides of the border to highlight their work and drive their mission forward.