The Nike Women’s San Francisco Marathon (NWM)—now in its 10th year— is one of the largest women’s marathons in the world. This year over 35,000 participates from all 50 states will run down the Great Highway as they cross the finish line on October 20, 2013.

The event has risen over $134 million in the last ten years for The Leukemia & Lymphoma Society Team in Training (LLS). This total makes the Nike Women’s Marathon one of the largest philanthropic contributors among organized races.
The race begins in Union Square and runs along the San Francisco Bay with scenic views of Alcatraz and the Golden Gate Bridge.  Along the course runners will be treated to live entertainment, college cheer stations and Nike+ PowerSong stations.  Each full and half marathon finisher for the Nike Women’s Marathon will receive a finisher’s t-shirt and specially designed Tiffany & Co. necklace and pendant commemorating the 2013 race.
The NWM recognizes the significance of the race for the LLS survivors and supporters. As part of the effort to bring to life this great cause-driven race, Latina survivors and supporters from the LLS Team in Training share their stories and bring us along their journey to the race and across the finish line. These stories help motivate other Latina survivors, supporters and their families every step of the way to their victory over Leukemia and Lymphoma.
Below please find stories of some inspirational Latinas who are running the race and who are available for phone or live interviews: 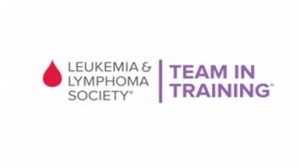 Some of our favorite Latinos stopped to say...