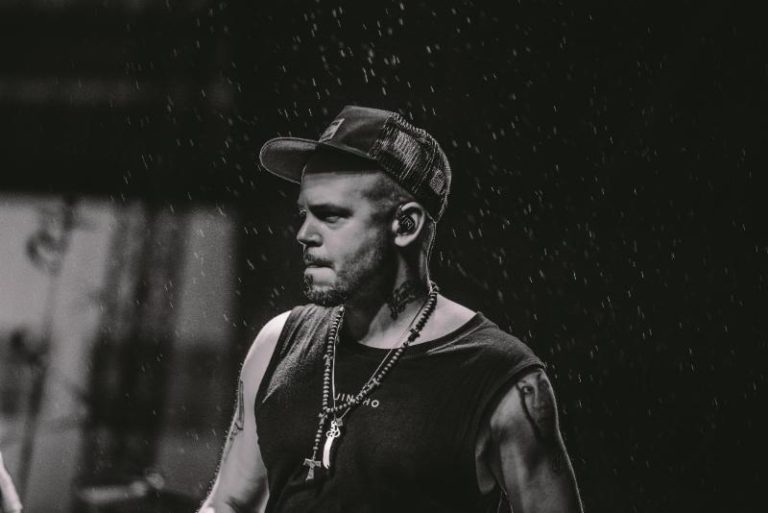 Residente receives a Gold Record for his new single “Sexo”

René Pérez Joglar, also known as “Residente”, announced today the dates of his first U.S. tour since the release of his first solo album in 2017. The Puerto Rican rapper, composer, producer, co-founder, leader and vocalist of Calle 13, makes this announcement while receiving a Gold Record for his recent single “Sexo” for its more than 50 million streams, and shortly after performing one of his most emotional concerts of his career in his native country, in front of more than 40,000 people.

The 15-city tour, produced by Live Nation, will kick off August 28 in Atlanta, GA and make stops in Los Angeles, Chicago, Boston, Philadelphia and more before wrapping September 22 in New York, NY.

Citi is the official pre-sale credit card for the Residente Tour. As such, Citi cardmembers will have access to purchase U.S. pre-sale tickets beginning Tuesday, June 5th at 10 AM local time until Thursday, June 7th at 10 PM local time through Citi’s Private Pass program. For complete pre-sale details, visit www.citiprivatepass.com. Tickets will go on sale to the general public beginning this Friday, June 8th at 10 AM local time at LiveNation.com.

With more than 70 nominations for various awards in multiple countries, Residente has received 39 awards in his career, including 4 Grammys and 27 Latin Grammys; more than any other Latin artist to date, in just 13 years after releasing his first album with Calle 13.

Characteristics that distinguish Residente are his lyrics that are recognized as being of social and political content, and his music for combining world music with alternative rap. Furthermore, this 37-year-old is also known for his social commitment: “We believe that artists are a reflection of their environment. Art does not exist in a vacuum, it must express itself in relation to the social circumstances that surround it”, excerpt that describes Residente on his own website.

René is the face of UNICEF and Amnesty International campaigns, and has been a constant defender of Latin American education and indigenous rights. Due to his commitment to social awareness and to promote peace, Residente received the Nobel Peace Summit Award in Barcelona in 2015.

His album “Residente” is the artist’s sixth album borned in Hato Rey, in the vicinity of San Juan, and the first as a soloist, made of music based on his DNA tracing his origin in 10 different parts of the world. This embarked him on a trip to the regions of his originated roots, collecting sounds, recording and finding stories that he documented, all resulting in a book and an inspiring film documentary that Residente himself directed and simultaneously produced as his self-titled album.

René Perez Joglar: born in La Isla del Encanto and currently residing in New York, with a Masters in Fine Art in addition to being a musician, rapper, producer, film and video director, philanthropist and resident of the space he occupies – a space where borders do not exist.

For more information about Residente:
Residente.com