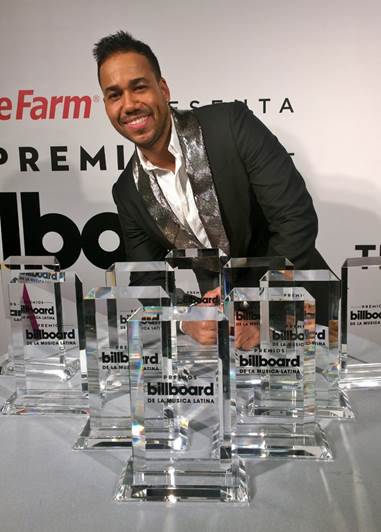 “Romeo Santos sweeps Billboard Latin Music Awards… Heartthrob ROMEO SANTOS dominated the 2015 Billboard Latin Music Awards on Thursday night, winning 10 trophies, including Artist of the Year. The Bachata King had a record-breaking 21 nominations going into the prizegiving, and claimed almost half – in addition to the top prize, he also picked up Producer of the Year and Songwriter of the Year honors, while his record Formula, Vol. 2 was named Top Latin Album and Tropical Album of the Year” – WENN News

Powered By The Multi-Platinum Success Of His Landmark

Formula Vol. 2 Album, The King of Bachata, Takes Home A

– TROPICAL ALBUM OF THE YEAR

-TROPICAL SONG OF THE YEAR… & More

At BARCLAYS CENTER in BROOKLYN And A SECOND NIGHT (6/21) At AmericanAirlines Arena in Miami To His Upcoming Second U.S. Leg Of The Formula Vol. 2 Tour: 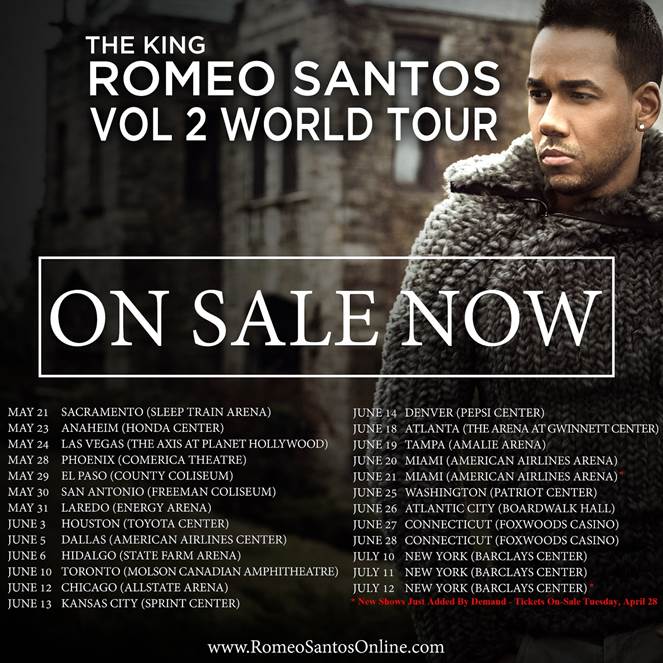