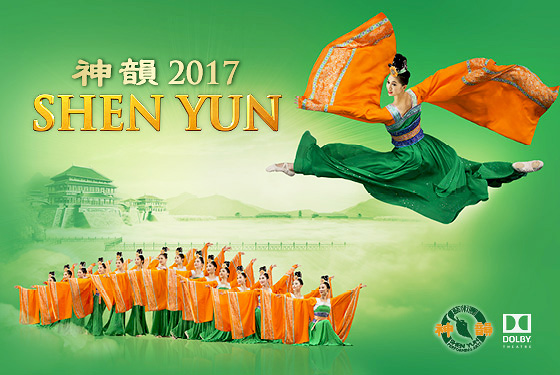 Experience the magic and splendor of Shen Yun 2017 at more locations than ever before, including Hollywood, Long Beach, Costa Mesa, Claremont, Thousand Oaks, Santa Barbara and San Luis Obispo. Tickets on sale through www.shenyun.com.

Shen Yun is dedicated to reviving 5,000 years of divinely inspired civilization by bringing its profound spirit to life on stage with unrivaled artistic mastery. Every dance movement and every musical note makes this a stunning visual and emotional experience you won’t find anywhere else.

Since 2007, more than 5,000,000 people in 30 countries on four continents have been raving about Shen Yun. In 2016, a record number of sold-out performances thrilled Southern California fans. Each year, a new production is created and in 2017, five touring companies will travel the globe to perform 500 shows, bringing the beauty and spectacular of Shen Yun to millions of fans.

Originating several thousand years ago from the tradition of martial arts, Chinese dance is one of the most rigorous and expressive art forms in the world. The Shen Yun Orchestra combines the spirit, beauty and distinctiveness of Chinese music with the precision, power and grandeur of the Western symphony orchestra. Step into a divine land, full of ancient wisdom and timeless beauty. A lost culture returns when Shen Yun takes the stage. Shen Yun is a journey to another world with exquisite costumes and stunning animated backdrops.

Come and celebrate Shen Yun’s incredible 11th anniversary of sharing the beauty of Chinese culture with the world. See for yourself why Shen Yun is leaving millions in awe and returning again and again!