Starring Filly Brown’s Gina Rodriguez, Sleeping with the Fishes is the story of a woman who finds herself stuck. After the death of her philandering husband, Alexis is both broke and broken-hearted. But it’s not until she is called back to Brooklyn for a distant relative’s funeral that she realizes what she thought was her rock bottom, clearly wasn’t… going home is.

Sleeping with the Fishes is the story of one woman’s comedic journey back to where it all went wrong, to face her dysfunctional cross-cultural family and admit that the perfect life with the perfect man wasn’t so perfect after all.
Starring:
Gina Rodriguez
Steven Strait
Ana Ortiz
Priscilla Lopez
Tibor Feldman
Written and Directed By:
Nicole Gomez Fisher
Produced By:
Courtney Andrialis
LA-LIFF Festival Screenings:
Friday, October 11th at 7:00pm
Theater 1
Sunday, October 13th at 12:15pm
Theater 4
TCL Chinese 6 Theaters
6925 Hollywood Blvd.
Los Angeles, CA 90028 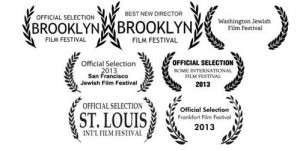