SOFIA REYES RECEIVES ONE NOMINATION AT THE LATIN GRAMMY AWARDS 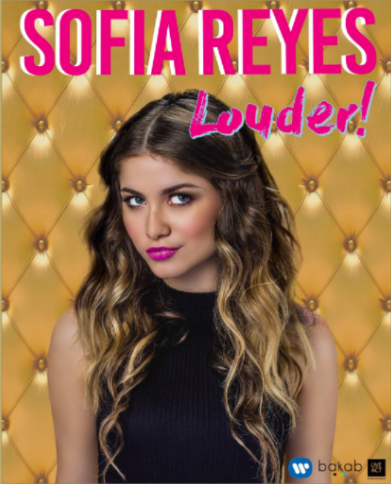 Sofia Reyes keeps piling up great accomplishments. After having won her first ‘Blimp’ at the Kids Choice Awards Mexico and her successful concert at Los Dells Festival a few weeks ago, Sofia received her first nomination for the 18th Annual Latin GRAMMY awards in the category of Best New Artist. The Latin GRAMMY winners will be revealed Nov. 16, 2017, live from the MGM Grand Garden Arena in Las Vegas, and broadcast on the Univision Network from 8–11 p.m. ET (5–8 p.m. PT).

Sofia, who has over 1.5 million monthly listeners on Spotify, is competing with the top Latinos in music such as CNCO, Sebastian Yatra amongst others.

”Thank you so much to the Latin GRAMMY for my nomination, I am beyond humbled and honored,” said Sofia Reyes who is currently working on her next single which will be the first one of her highly expected next album. She will be headlining on November 25th the Elusion Festival in Monterrey along with Pitbull, Tyga, and other high-profile artists.

LEXUS RETURNS WITH SEASON THREE OF THE EMMY-...

CHECK OUT THE VIDEO PREMIERE OF SANTANA’S “SAIDEIRA”

SPOTLIGHT TALENT: BAILAORAS WHO WILL PERFORM AT OUR...

SANTANA COLLABORATES WITH THE BIGGEST NAMES IN LATIN...