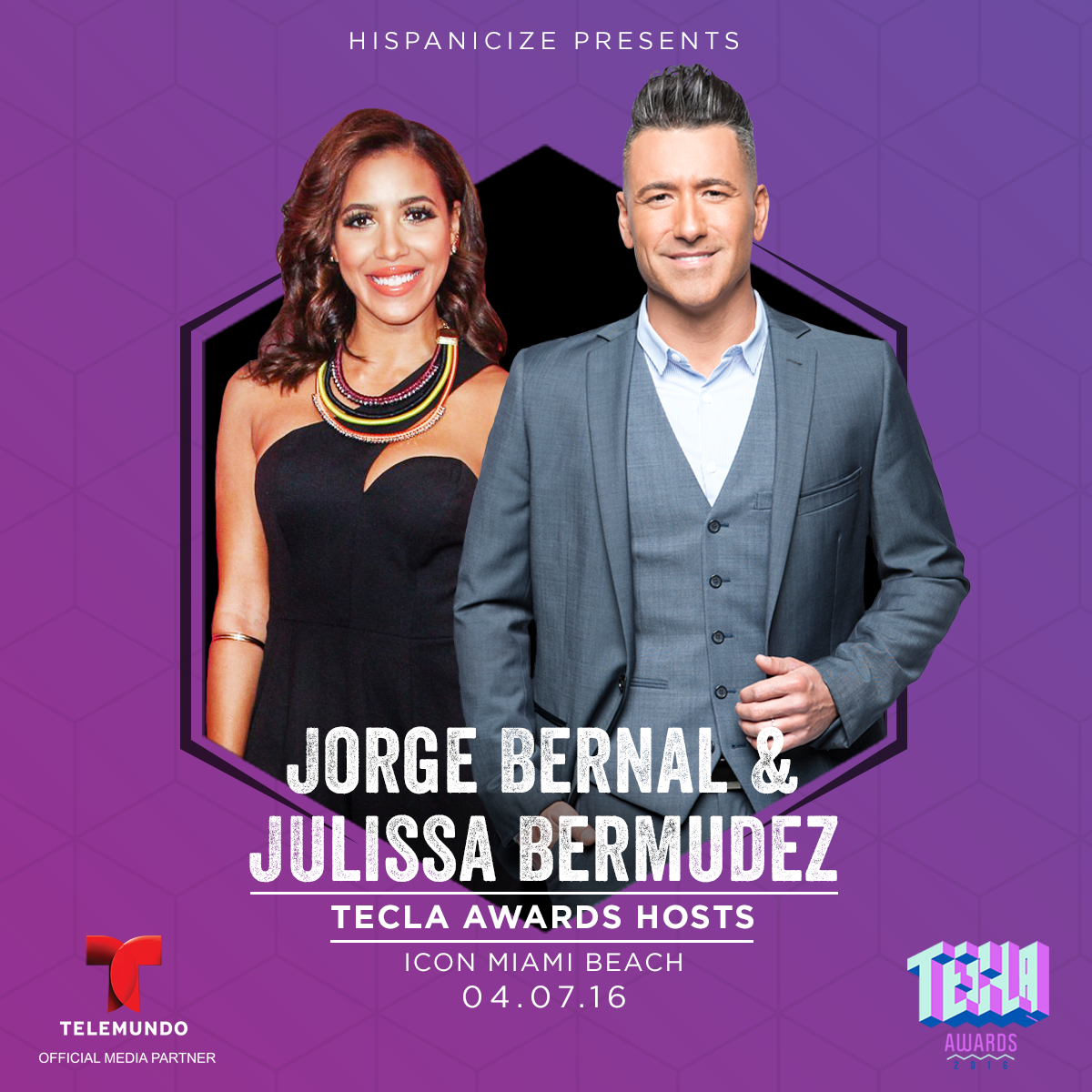 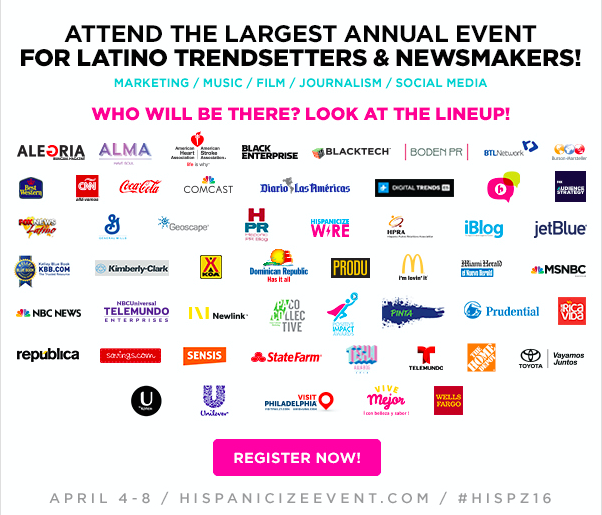 Today we announced that the 2016 Tecla Awards (www.TeclaAwards.com) will have major Latino and multicultural star power headlined by TELEMUNDO’s Jorge Bernal conductor of “Suelta La Sopa” and the popular reality show “La Voz Kids” along with actress/TV Personality Julissa Bermudez.

As the official media sponsor, TELEMUNDO in partnership with DiMe Media present The Tecla Awards during Hispanicize week in Miami (www.HispanicizeEvent.com) which has become the largest annual event for Latino trendsetters and newsmakers in digital content creation, journalism, marketing, entertainment and tech entrepreneurship. Honoring excellence in U.S. Latino online video, blogging, media, marketing and those who create it, the 2nd Annual Tecla Awards will reflect the growing state of original Latino programming native to YouTube, Facebook, Vine, Instagram, Periscope, Pinterest, Twitter and live broadcasting, blogging and virtually all types of social media platforms. The awards will be held on April 7th during Hispanicize week at the Icon on Miami Beach.

continue reading…
This year’s Hispanicize will be taking place at the gorgeous and centrally located Intercontinental Hotel in Downtown Miami. See you there!

The Floor Show: A One-of-A-Kind Kaleidoscope of Music...