Experience music of unmatched emotional power as generations of musicians pay homage to Violeta Parra, the most important singer-songwriter-storyteller in the history of Chile. You’ll be moved by her songs about struggle, defiance and triumph – songs that were the basis for Chile’s New Song (Nueva Canción) movement, which spread throughout Latin America and beyond. Join Ana Tijoux, Illapu, Francisca Valenzuela and Columbina Parra for this once-in-a-lifetime tribute to Parra as they reinterpret classics like Gracias a La Vida, Volver a los Diecisiete and many more.

For tickets and information visit, LAPhil.com/VioletaParra 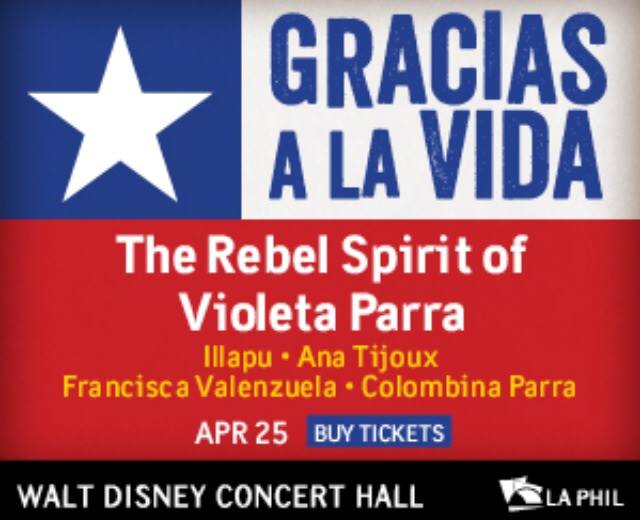